We are in the midst of doing some alterations to the kitchen. As I've expressed before I can not handle being out of my schedule or things being out of place. I do not do well in an unorganized environment. So, even though I'm supposed to be studying for my next insurance broker exam - I can't sit and study because my mind is listing off all of the other things that need to be done. I can't even settle myself in this environment. I decided I need to try to sort through some of it before I can be productive. 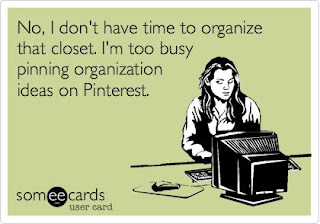 Now, most often when I seek out to do something like this I actually end up doing something totally different...that doesn't actually help meet my goal. Like the time I was supposed to be tidying up before we went away for the weekend because I had a dog sitter coming and ultimately ended up rearranging the silverware drawer. Much like that, instead of sorting through the items we took out of the kitchen cupboards we cut out (long story) and placed in my dining room and actually need to permanently relocate - I find myself in the laundry room. I try to tell myself that if I could go through the shelves and cupboards there, I might be able to create some additional space for the homeless items in my dining room. Even though I know I'm taking on a bigger project than I really have time for and will probably create a larger mess than I started with...I drag a chair into the laundry room and I begin in the top of the cupboards.

Everything is going nicely. I had actually re-organized these cupboards following a hurricane not long ago that left us without power for 8 days. I accomplished a lot of organizing that week.  Thankfully, this helped my project today. I took down one of the baskets and peaked to see if there was anything I could clean out of it. I set it down and reached back up...as my eyes moved upward they came into contact with the beady eyes of a very petrified mouse.

I actually screamed. I think if the mouse could make any signifigant level of noise, it would have screamed, too. I think we definitely scared each other. I'm not normally scared of mice. I spent an entire weekend underneath my mini home this Fall cleaning it out, putting up new insulation and new skirting...which never bothered me a bit. However, I guess I was expecting a possible visit then and today...I was not.

I panicked and slammed the cupboard door...but really, I couldn't keep him in there. So, I'm thinking. We can't exactly cohabitate. But if I catch him and let him go outside he may have a hard time finding a new home and freeze to death. I then realize that I don't know even where he is at this point. The cupboard is pretty big and he could have gone anywhere. Becca, who I bellowed to for help, has found a box for us to try to catch him in. But, I can't make myself open the door. If I open the door and he scambles away there is a 90% chance one of the cats will get him. 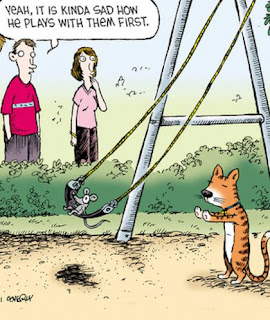 Her: Open the door and we'll get him in this box.
Me: I can't.
Her: *reaches for the cupboard door*
Me: NO!!
Her: We need to.
Me: But I can't.
Her: Why?
Me: Because if he gets away the cats will get him.
Her: So?
Me: So, I've already formed a special bond with him, I can't watch them tortute and kill him.
Her: You, my friend...have never formed a special bond with anything.
Me: I've formed one with this mouse.
Her: I'm pretty sure the cats would bat around, torture and kill any of us in this house and you'd just carry on reading a book.
Me: Not true...
Her: Right, you'd probably save Piper.
Me: I would.

Becca luckily got the box over the mouse and and slid a piece of cardboard over the opening so we could carry him. She passed the box off to me and I went to the door...and...just stood there.

Her: What?
Me: Where is he going to go?
Her: Outside.
Me: Yes, but where will he live?
Her: Outside.
Me: But he'll freeze.
Her: Just give it to me.
Me: Put him in the garbage box - he'll love it in there. He can be warm and have lots of food.
Her: Yes...and nibble holes in the bags and make a mess...Excellent idea.

She set him free in the woods. I'm pretending that he's happy in a burrow of some sort. He's probably made a home in the shed. I hope. 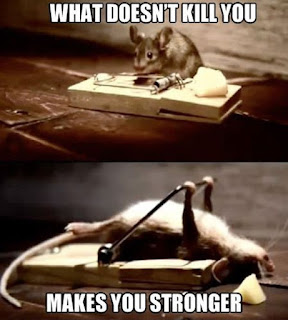 After my mouse friend is taken care of, I buckle down and got what I could done. Since the kitchen business isn't entirely complete, there are some things that just do not have a place and I need to try to deal with the mounds of cook books, baking tools and accessories piled on my table for now.

Thankfully, there is a bit more order and I feel I can successfully function. Which means I may even be able to meet some goals this week as well. Step 1 was to cut out unnecessary calories wasted on things like drinks, condiments, etc. Step 2 is going to be to find a time slot to incorporate some exercise. That's always the difficult part for me. No excuses, though. If I have to get up again at 5:30am in order to squeeze it in, I will. I'll also be happy while I'm doing it, dammit! 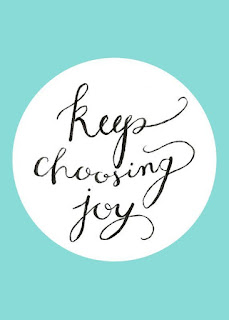 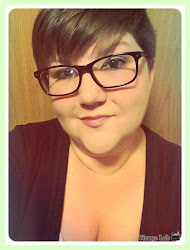